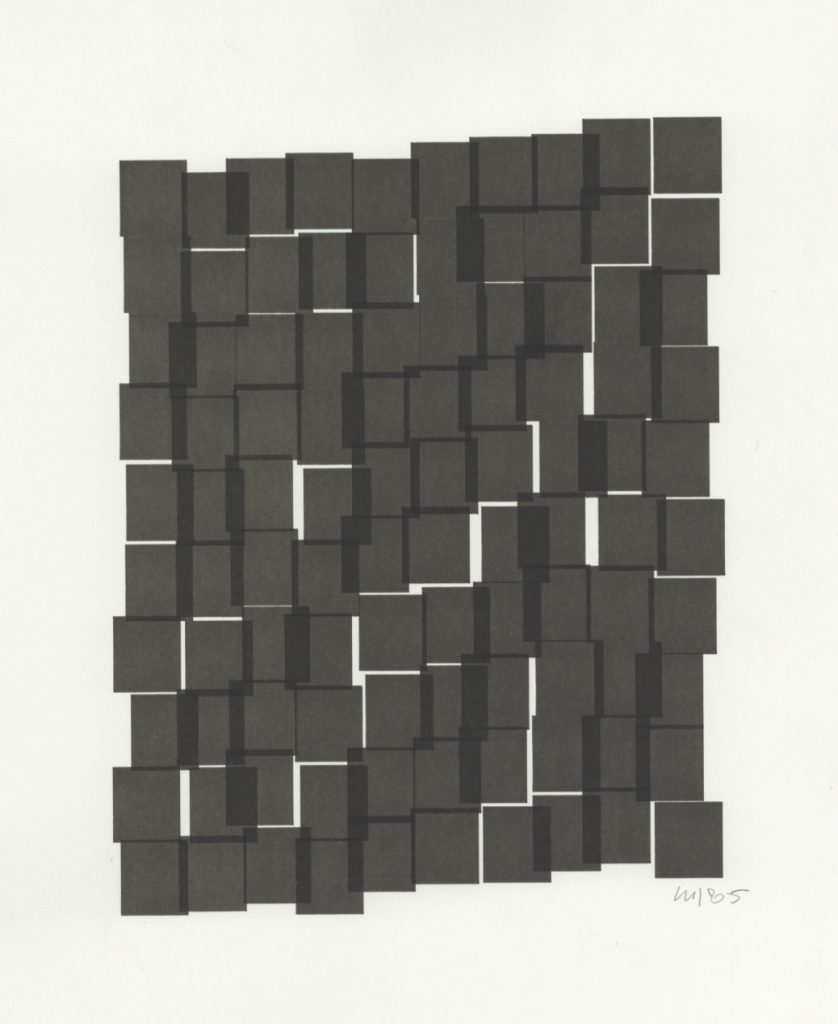 “Herbert’s friendship with Vera Molnár, now 98 years old, has lasted for decades. The “grande dame” of computer art visited him at home several times, traveling between Paris and Hungary. There were also several meetings between the two at symposia and exhibitions. They often exchanged their thoughts in writing. But their friendship was not only characterized by high mutual esteem in terms of artistic work. Herbert also held her in high esteem as a person – and could be sure that this was mutual.

She donates a historical work from the series “Interstices” from the mid 1980s to the collection of the Foundation Herbert W. Franke.” – Susanne Paech

Vera Molnár (*1924 in Budapest/Hungary) is a media artist and a major pioneer of digital art. She used the first mainframe computers as a central tool for the design of her geometric-systematic works as early as the late 1960s and has worked continuously with computers ever since. She translates her hand drawings of elementary forms such as the square into programming, which takes chance into account as a central design principle. In this way she develops series in which the strict regularity is varied by random disturbances. 1960 she was a co-founder of the “Groupe de Recherche d’Art Visuel” (GRAV). She gave lectures at the Université de Paris I, Sorbonne. She has had numerous solo exhibitions in the whole world and her works can be found in numerous museum collectionsá