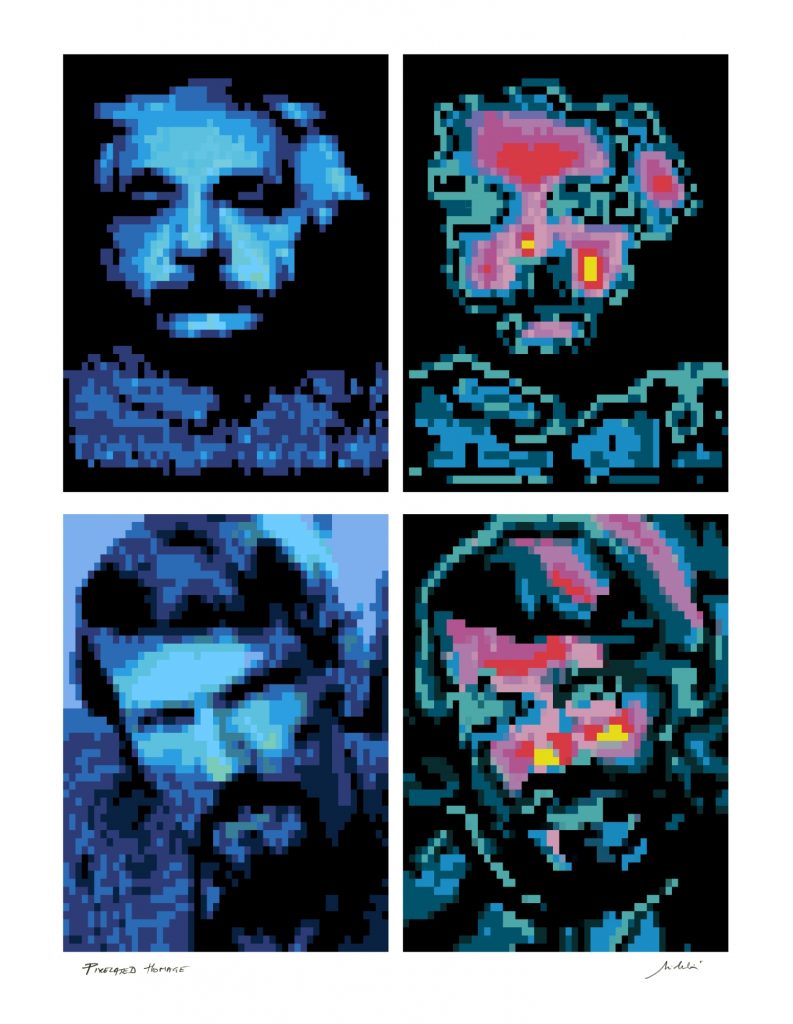 When the sad loss of a dear friend is also an immense loss of a great scientist, writer, artist, and philosopher, I wanted to put it all in one image. I see in his interpretation of Albert Einstein that Herbert himself described all his interests in such a unique way. I just added a photo of him from around the time we met to his interpretation.

I made this portrait as a tribute to my dear friend Herbert. More than 40 years ago, in Zagreb, he gave me one of his Drachenkurven prints as a gift. I took four elements of different densities of that curve to build his portrait by processing a recent photo. A photo which is a dear memory of him in his backyard garden, where we took walks together several times since I was a student.

Tomislav Mikulić is a Croatian born (*1953) artist who lives in Australia. He studied Electrical Engineering and Fine Arts in Zagreb. He has been creating and exhibiting computer graphics and computer animation since 1971. His works are in some of the major international collections in the UK (Victoria & Albert Museum), Germany (Bremen Kunsthalle), Croatia (Museum of Contemporary Art), USA (Michael & Anne Spalter Collection) and Australia (Melbourne City Gallery) among others. He spent most of his career as the Head of TV Design Department (HTV Croatia), Senior Designer (TV ch7 Australia) and Lead animator at Advancement Dept. (Monash University Australia) before he retired. 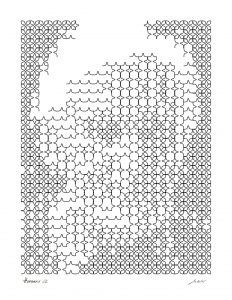