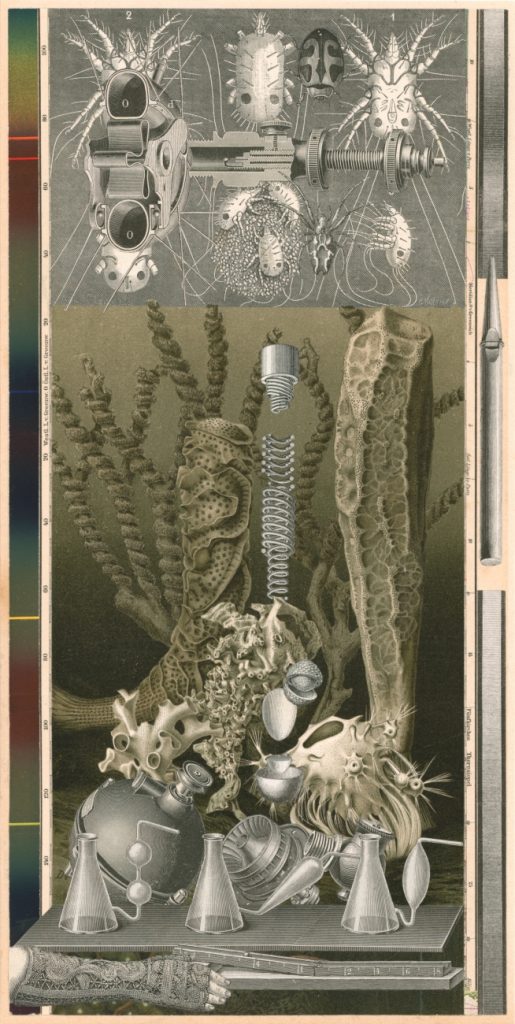 FRANKE MEETS FRANKE
Or: How I Met my Namesake

There had indeed been a time in my life when I was convinced that Calliope had expressly chosen me to kiss and cuddle her day in, day out, for I was creative without limit and restraint in those days, paying no heed to that sky-high towering insurmountable wall. I became personally acquainted with the persons I revered, and I devised projects together with them – authors like for example Brian Aldiss, Stanisław Lem, Arkadi and Boris Strugatzki, – and also Herbert W. Franke.

In 1976, on occasion of the Eurocon festival inPoznań (Poland) (editorial note: this is the yearly European Science Fiction Convention in changing European towns), Franke and I met for the first time. I myself, a prisoner at that time like Daidalos and Icarus and for similar reasons, ignorant about the Western hemisphere of the world (for I was living in the German Democratic Republic and felt quite well there). In spite of all those obstacles I had read his novel “Zone Null” as well as his collection of super-short stories “Der grüne Komet”, literary experiences that evoked in my mind imaginations Schneckerlings and Schnauckbart-caterpillars, cross-bred, semi-alive vermin, and which inspired me to create those morbid graphics that made me famous afterwards. I was looking up to him with that enthusiasm with which a young man of twenty-two cannot but idolize the objects of his creative ambitions. I had travelled to Poznań with an overwhelming greed for Inspieräischen (editorial note: onomatopoeic for ‘inspiration’) to that Juropieen Szaienz Ficktschen Conventschen (editorial note: onomatopoeic for ‘European Science Fiction Convention’), with some of my early dotted pen drawings in my pocket (yes, I kept them there, because I was not allowed to exhibit them, only to show them around). By way of continually presenting my Kunschtwerke (editorial note: private word for the German word ‘Kunstwerke’ [‘art works’]), Franke and I became familiar with each other, I presented my artworks and interpreted them, and doing so, I got a feeling as if I had put on the wings of Icarus. And indeed they were wings, as I found out later on – the pinions of that high-spirited birdman.

I remember gladly and with a grin my first talks with Herbert W. Franke, because he had asked me on our second meeting: „Now, what was your name, by the way?“ And when I replied, “Franke, my name is Franke”, he replied with an embarrassed giggle, „Oh, well, that’s a name one can’t easily remember.“

In the wake of that meeting we agreed to print some of my pen-drawings as illustrations in one of the volumes of the Heyne series “Science Fiction Story Reader”, edited by Herbert W. Franke.

I had already won some publicity then in the Western part of Germany as a graphic artist of phantastic motifs for I had left some drawings for publication in the „EXODUS“ magazine. and that stirred a loud echo in those days among Sci-Fi addicts. In the next year, 1977, there appeared four drawings from my pen in the “Science Fiction Story Reader 8”, followed up by further publications in volumes 9 and 10. In the course of the subsequent years, we maintained an active correspondence, intensive at times, until on March 4th, 1984, after been kicked out of the German Democratic Republic, on the most terryfying of all early mornings that I ever experienced, with eyes filled with tears, reddened by pre-Alpine drifting snow, I was standing in front of the door of Franke’s house in Egling. Franke-Icarus – after getting too near to the Sun in his high-altitude flight, and with the wax on his wings molten away – had made a crash-landing. Precisely in front of Herbert W. Franke’s door.

Thomas Franke, born in Köthen (Saxony-Anhalt) in 1954, has won many international awards as a graphic artist and book designer as well as an actor. He studied painting and graphic arts at the Burg Giebichenstein Art Academy and performing arts in Berlin and Moscow. From 1979 to 1983, as a graphic artist, he designed 50 volumes of the Suhrkamp Verlag’s “Phantastische Bibliothek” series with book title vignettes, and since 2014 the Herbert W. Franke SF-Werkausgabe published by p.machinery. His design work for these and for other publishers around the world, his whimsical, sometimes crude imagination, which he also lives out in his stage projects, consolidated for decades his artistic reputation as a dazzling outsider and art experimenter. In addition to countless stage roles, he has appeared in many film and television productions, speaks for various radio stations in Germany in radio plays and features, and reads audio books.