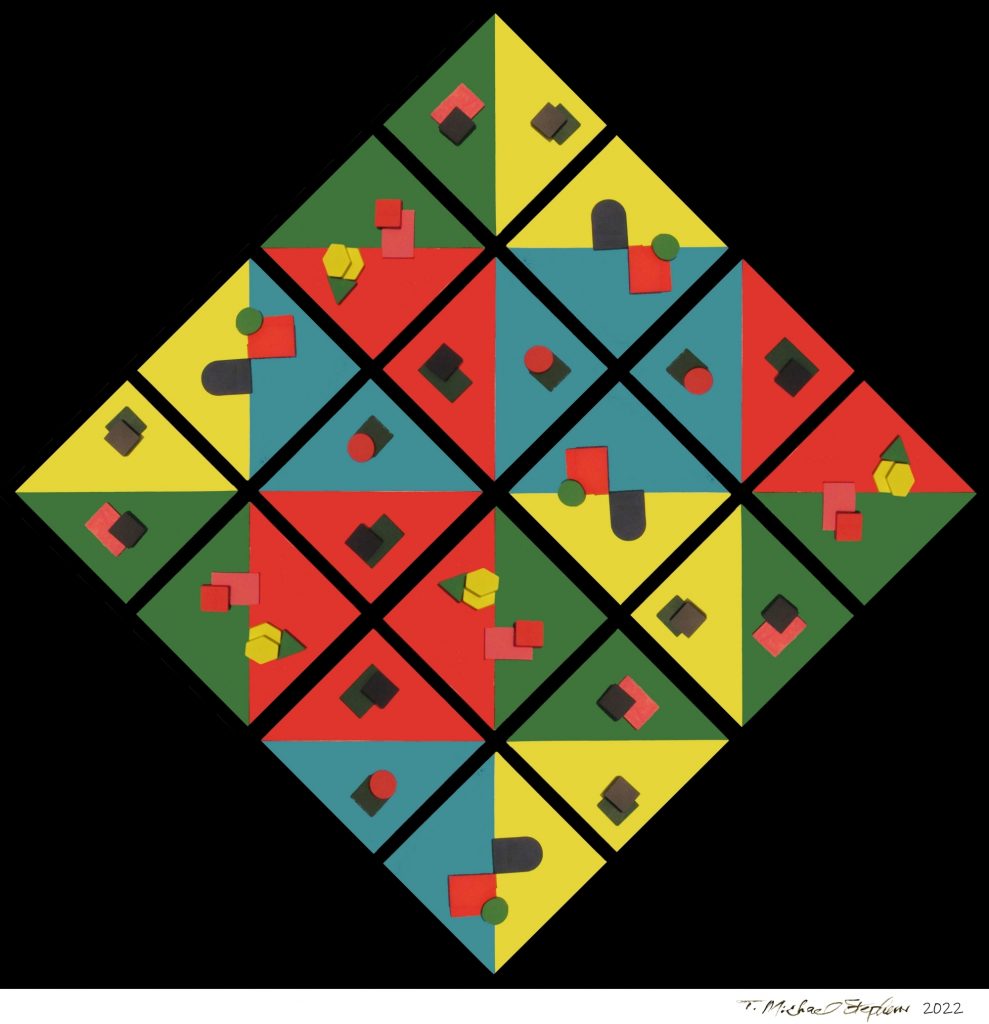 To My Friend and Advisor of A.R.C. Group

I first met Herbert W. Franke in Zagreb Yugoslavia (now Croatia) at New Tendencies/NT4 while/or between us setting up the A.R.C. room for our group’s participatory show and doing our special multi-media presentation for BIT International at the University Hall. Nancy and I listened/acting as interlocutors (she fluent in German) as Herbert and Frieder Nake carried on a friendly, yet intense, discussion about the importance of cybernetics. Herbert seemed to be espousing sort of H.G. Wellsian Progressive Socialism (F. Nake, while in this discussion/conversation, at times, seemed almost of a Maoist persuasion); this was May of 1969.

Herbert’s works were shown in various A.R C.’s  exhibitions and events like the lnternational MATRIX exhibition including many New Tendencies artists in a giant warehouse loft downtown Kansas City that opened in December 1972. We, A.R.C. Group, were again invited to Nove Tenendcije 5 to Zagreb in 1973.

We visited Herbert’s incredible home where he proudly showed us his huge greenhouse filled with exotic plants, especially cacti. And, he hosted us for the afternoon, showing us a wide variety of beautiful books and artworks.

A.R.C. Headquarters Gallery and home, 2 Blocks W, around 1975. This was a great reunion for us.

The second time that Herbert visited us, he brought Susanne Päch. They were on their way to a NASA liftoff – much as Isaac Asimov had done previously in US, they were doing for the European Space Program and German television/radio; but, even, came to A.R.C. Headquarters in Kansas City. And, with his most beautiful and pleasant new companion. Occurring, I believe, in early 1980s.

Herbert also helped us organize “The Beauty of Fractals” exhibition which was a part of his Editing Peitgen and Richter’s book: with exhibition sponsored by The Goethe Foundation. Thus, A.R.C. was one of only three venues in North America for this important show (which was also added to by Steve Jobs providing his 1984 McIntosh computer).

For many decades Herbert was the ideal A.R.C. advisor; and he was participating even with original vintage photos, in a special showing of Experimental Photography at our branch gallery, set up by Clay Bodenhamer, in Napa California in the early 1990s.

This great MAN was a good friend and THE best advisor to Art Research Center/A.R.C.Group/ and myself from earliest times of our group internationally – right until his passing – and an almost irreplaceable, beloved loss!

T. Michael Stephens is an artist of Constructive Approach since 1963; first, an abstract/geometric painter/relief constructions; then, shaped/kinetic canvas works; next, suspended/free-moving constructions metal/plastics/mesh shaped acrylic/chromed brass/steel/glass, since 1966 also computer graphics. 1966, he co-founded Art Research Center Group which exhibited many internationally touring exhibitions and symposia among other places in home base Kansas City Area, but also in Toronto, Montreal, Boston and New York as well as in Europe. Many of his works are part of collections in private or public institutions as well as in museum collections internationally.