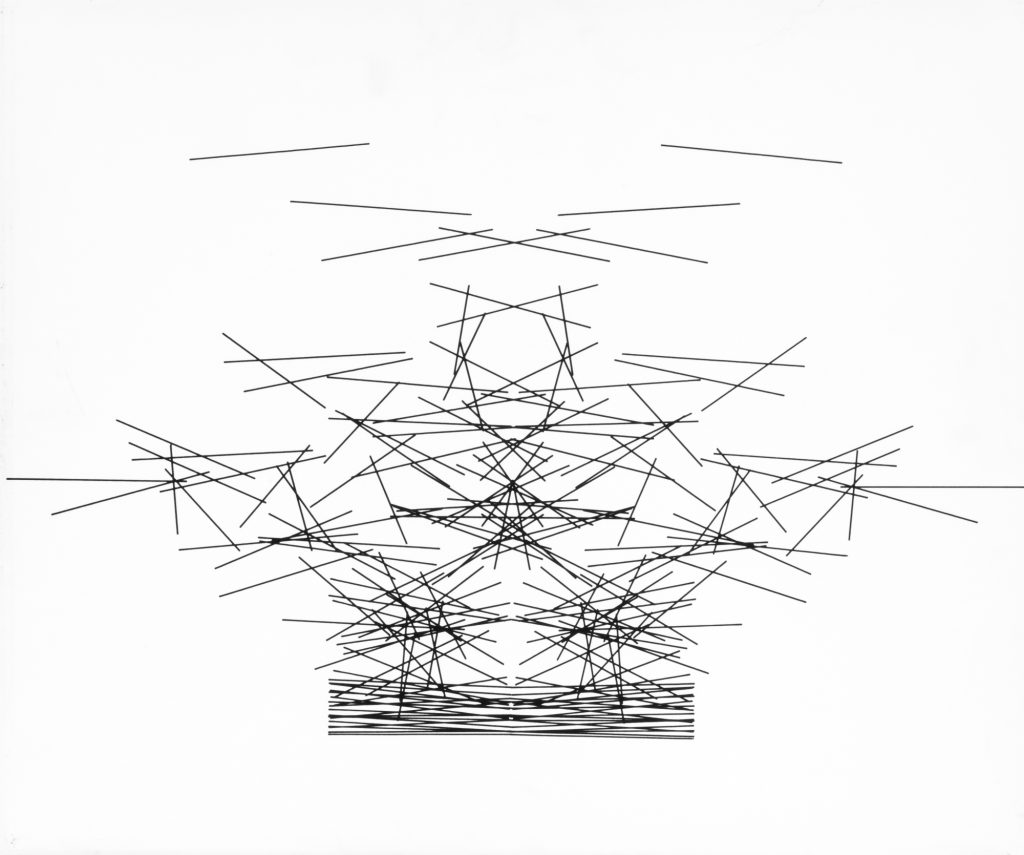 I remember Herbert W. Franke as a very inspiring and versatile artist, colleague, and scientist.

We met for the first time in 1973 in Zagreb at the exhibition “tendencije 5”. My donation for the Tribute to Herbert W. Franke is the computer graphic “Random superposition and explosion of straight lines” that dates back to that time. It exists as an original plotter drawing. A digital photo of this was created, which I now had printed for the first time for the Tribute.

My computer graphics exhibited in Zagreb, which I created together with the mathematician of the MBB company, Gerold Weiß, were also the subject of an interview which Herbert W. Franke conducted with me in 1981 for the magazine “Angewandte Informatik”.

With my husband, Dr. Winfried Fischer, Herbert was also connected by a long friendship. They worked closely together in 1989 at the exhibition “25 Years of Computer Art” in the BMW Pavilion in Munich.

Meetings with Herbert W. Franke were always interesting for me; fascinating insights into the world of computer art until today.

Sylvia Roubaud (*1941) studied painting and graphic arts with Emilio Vedova in Venice (1966-1969) and with Günter Fruhtrunk at the Akademie der Bildenden Künste München in Munich (1967-1974). In 1971, she created computer graphics in collaboration with the mathematician Gerold Weiss at Messerschmitt-Bölkow-Blohm (MBB). In 1972, she was present at the cultural program of the Olympic Games in Munich.

She works and lives as an artist in Munich and Italy.