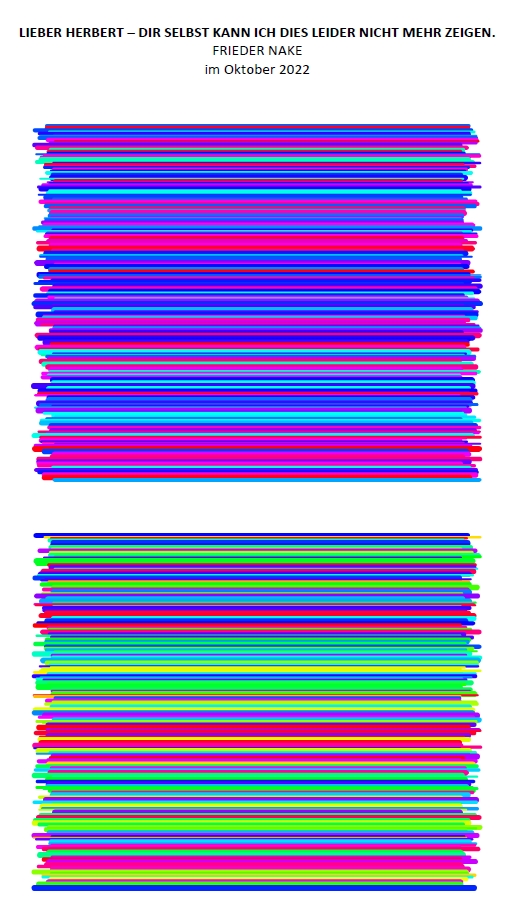 READ WHAT HE WROTE
Thinking of Herbert W. Franke

Lovely short he was, this maker-mind who was a maker in the best sense of the word, before the word had attained its new meaning in a maker culture. A maker in the 1950s and 1970s was driven by some hidden force inside to bring into the world something that, just now, did not exist yet, but that his mind told him to bring about. To bring into existence in the world around without much noise, somehow as if it were most natural and trivial to do. Short sentences were his. Clear words and sharp. If words connected to form a convincing lecture, his sentences had, of course, to become more complex. Clearly, this is always required if you want to make something clear. But never did he make things complicated if they were complex. He held in great esteem Max Bense for what Bense stood for. But when he came to visit Bense, no spark of their joint thought sprang over between them. Perhaps, there was some sense of competition in the air? Accessibly for all of us, he put in words what Bense needed towers for. It seems to me, as if nobody still remembers that we built the gruppe parallel, seven or eight of us. He was the driving force behind it. Artists, authors, scientists, photographers. Art and technology and science. He crawled into the caves, into dark and wet and unknown worlds. Maybe getting into caves could be a metaphor for his entire life? He always re-emerged from there and now knew more. In the evening, in his house, a bit secluded as it was, he plaid the guitar. Lovely short he was in height, slim wiry attentive thoughtful surprising. He wrote because he knew how to write and, therefore, had to do it. We others, falling behind, should arrange for everyone of us to grab one of his books to read aloud for others to listen what he wrote: HERBERT W. FRANKE.