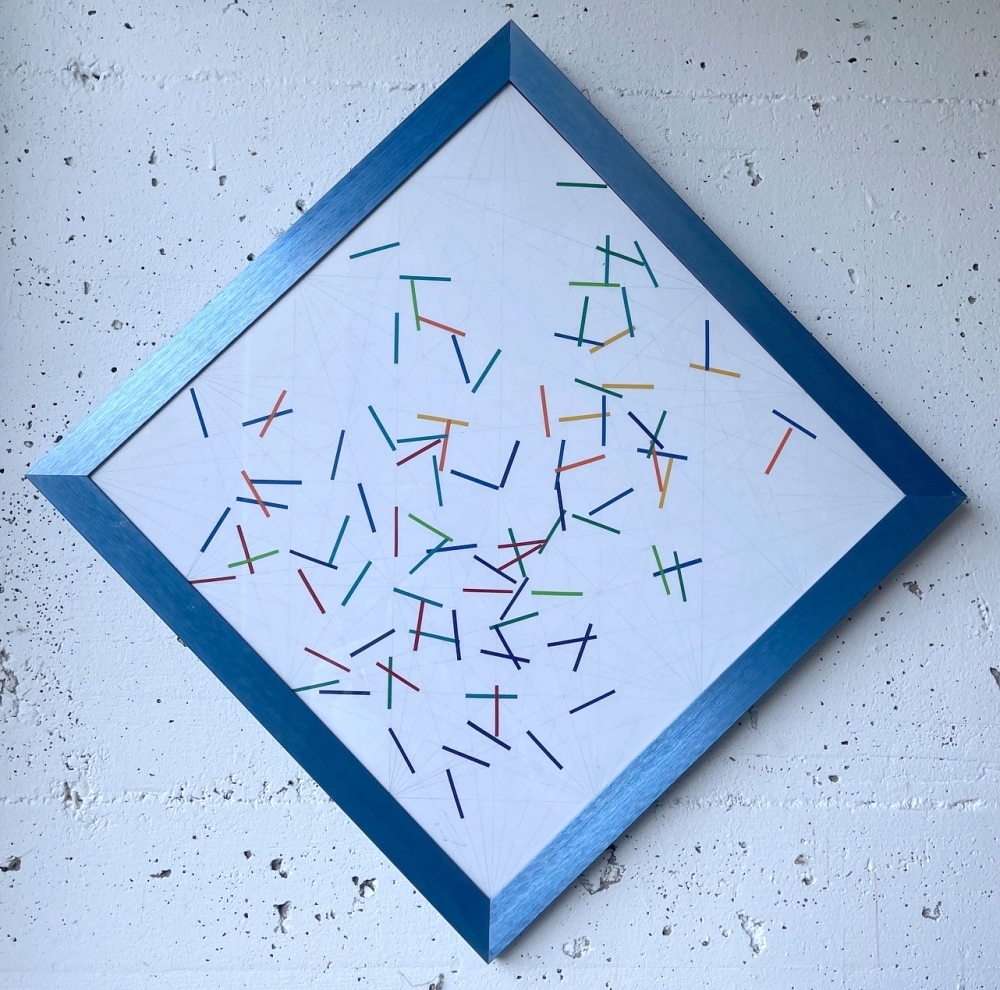 Almost exactly 60 years ago, in 1962, I saw the first computer-generated artwork by H.W. Franke. The student group of a sculpture class at the Academy of Fine Arts in Munich had invited him to a smaller, non-official exhibition.

Through a certain coincidence, I had heard about it, and the interest in expanding my artistic environment brought me there. What impressed me primarily was not these beginnings of his “computer graphics”, but Franke’s firm conviction that in the future, computers will also be applicable as artistic-technical means of drawing and thus will not limit artistic creativity, but rather expand it.

I found this basic idea expressed in 1962 fascinating, that exact planning as a prerequisite in the sphere of activity of art, technology, and science could also make artistic work possible. It accompanied me in my own artistic work as well as in my university teaching.

Years later, it was a special pleasure for me to bring Herbert W. Franke as a colleague to the Academy of Fine Arts in Munich, also in order to establish the department of New Media there with his support despite massive resistance.

For the Tribute to Herbert W. Franke I have chosen a picture from 2008 that seems to be directly related to his work “Mondrian” from 1979, which I saw first in the Francisco Carolinum’s exhibition “Visionary” only a few months ago. Both works are a tribute to a common reference point in art history.

Edgar Knoop (*1936) studied Philosophy and Art History at the Ludwig Maximilian University of Munich (1957 to 1960) and Painting, Printmaking and Art Education at the Academy of Fine Arts Munich (1960 to 1965). There he was Professor for Experimental and Applied Color Theory (1972 to 2000). His basic research in color theory found new relations between space and color and showed that the spatial color impression of human perception is depending on other colors around it. His work was shown in numerous national and international solo exhibitions and in works of public space. Edgar Knoop today lives and works in Seeboden on Lake Millstatt in Austria.